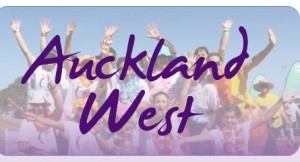 Running in memory of Lyn Riddell who died on the 30th March 1977.

Lyn (maiden name Jones) was mother to John Godfrey Riddell (our associations secretary) and died after a number of years of illness as a result of breast cancer.

At the age of 53, Lyn was to young to die,  most of her grandchildren missed seeing their grandmother. Lyn did however live long enough to see her eldest daughter marry and the birth of Nicolas, while her youngest child and daughter and her son (John) both turned 21 during the time of their mothers illness, memories and special moments in their lives that Denise, John and Delwyn will always remember.

John William, Paul and Glenn grew up with the love of Lucy Riddell, their step mother, and Jack Riddell’s second wife.

Jack and Lyn were married 30 years on the 30th March and Jack married Lucy 18 months after Lyn’s death. Lucy had herself lost her first husband to cancer six years earlier, and cared for and assisted the Riddell family through Lyn’s illness. Strangely years later Lucy held Hine Lyn Riddell, John Godfrey’s first grand child a day after Hine’s birth not letting on that she had herself been diagnosed with the same type of breast cancer as Lyn had.

Lyn Riddell knew that Lucy was lonely following the death of her husband and her friendship with Lucy led her to suggest that Jack and Lucy should form some sort of relationship in the event of her death.

In many ways the marriage of the Riddell and Garea family was the joining of two families who’s parents had known each other for years. Jack and Lucy’s husband, Roy, had fought together during World War 2, Jack being Roy’s platoon sergeant. Both families met socially, through the 24th battalion association and Avondale Rotary which Jack and Roy were founding members of as both had businesses on the Rosebank Peninsula.

Lucy however survived her battle with cancer eight years ago only to Sercombe to motor neuron disease three years later.

Jack Riddell, at 93, has had his own battles with cancer mainly melanoma  cancer.

Your Supporter page gives you the power to help in many ways:

1. Tell Everyone! – By posting updates, images and videos of your journey and sharing on social networks like Facebook.

2. Inspire support – With a story about why you are supporting Cancer Society Auckland & Northland and how this support and the donations collected can change lives and make a huge difference in the fight against cancer..

3. Raise money – By asking people to make a donation to your page and help you reach your goal of $500. You can change your goal at any time by signing in to your page here: