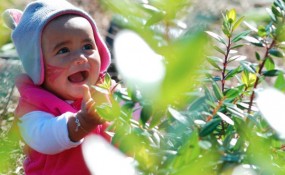 The environment trust that pioneered community-Council partnerships in west Auckland 21 years ago, is moving to wind up its activities and join EcoMatters Environment Trust.

Keep Waitakere Beautiful (KWB) Chair John Riddell says the two Trusts have been working closely on delivery for some time, and now the KWB Board has agreed to reduce overheads and simplify their governance and operations with a single organisation that can take advantage of economies of scale.

EcoMatters Chair Tam Alexander said KWB has been delivering successful, popular events, such as the EcoWise Awards, Trees for Babies, Trash to Fashion and War on Weeds, which complement EcoMatters’ successful stable of environmental programmes and services some of which include the EcoMatters Environment Centre, EcoWest festival and EcoDay, the Compost Collective, Love Our Lagoons, Project Twin Streams and Sustaining our Streams.

The two say they see new opportunities in the move, and look forward to working on the details.

The final KWB board meeting is scheduled for the end of July, followed up with a celebration on 31 July.

John Riddell says KWB wants to celebrate what has been achieved over the years.  Numerous Trustees and supporters of the organisation – both past and present need to be acknowledged for their huge contribution. “We want to say thank you to those people, farewell the old KWB, and look forward together to the new approach.”

Tam Alexander said EcoMatters would continue to work with Auckland Council and the three Western Local Boards to deliver a more sustainable and beautiful west Auckland.