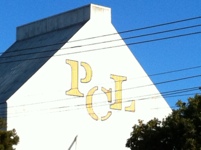 The last round of Tree for Babies for 2012 takes place in Ranui, at Ferngrove Park tomorrow, starting at 10am.

Trees for Babies in May each year, family and friends are invited by Keep Waitakere Beautiful Trust to celebrate the birth of their new baby by planting a native tree in a local reserve.

The project is delivered in partnership with Auckland Council and Plunket and a personalised invitation is sent to all babies registered with Plunket in the year prior to the planting event. Four neighbourhood parks, one in each of the four city wards, are selected for a grove of ‘baby trees’.

At each event, families are given a planting demonstration and educated about the importance of trees in the urban environment. Free entertainment is provided including clowns, a bouncy castle, and face painters. Every baby attending is presented with a ‘new citizen’ certificate.

Parks are selected with the guidance of the council arborist and in consultation with the four community boards. Parks are chosen to enhance a public area, and to encourage families to visit and utilise their local park more often.

For viewing locations for the Trees For Babies 2012 see the attachement below.poster_for_website

They stand alongside the road like something out of a bad spaghetti Western.

As they drive down Triangle Road, and over the bridge that crosses the Huruhuru on the approach to the Lincoln Road interchange, many Massey commuters have been outspokenly wondering “what are the heck are those poles supposed to be?”

Toothpicks for some as yet undiscovered local deity?

What exactly are the poles, what do they represent and should the previous Council have spent valuable ratepayers funds on such things?

Some wits believe they are totem poles which are only missing a series of North American Indian tents – Teepees -around the base of them.

Whatever they are supposed to represent, at a reported cost somewhere in the vicinity of $90,000 to $120,000 they were obviously the dying gasp of an out-of-touch-with-the-community group of ‘art’ loving councillors and staff of the now defunct Waitakere City Council.

Truth be known, the set of hand carved poles are the design of noted Maori carver Whare Thompson (refer to the extracted article from a Massey Matters newsletter below first published August-September 2010).

In 2010, when this strange assemblage of timber was commissioned, the current Massey Birdwood Settlers Association secretary John Riddell was the Chairman of the Massey Community Board.

He has expressed his deep embarrassment over the finished work. At that time he was invited by the Waitakere City Council to a meeting to approve the design, and (in his defense) says that even then he expressed his displeasure at the spending around $120,000 on the poles. Other community members were also invited to comment, including the Massey Matters advisory board, the projects coordinator at the time and Waitakere City staff members.

According to Mr Riddell other Board members were also apprehensive about the finished project, but despite strong opposition from fellow Board members Warren Flaunty and Allen Davies, the project went ahead.

And their apprehension was justified; how and why does a Maori artwork look more like a series of American Indian Totem poles?

The question is; should the money have been better spent on something else?

Most motorists and cyclists who use Triangle Road would agree that a full road bridge would have been better than a cycle bridge and some questionable public art.

It is a simple matter of speed and a road shared by motorists and cyclists.

As cyclists have said, and the Association has heard, cyclists running down Triangle Road can hit speeds of 50-60 kph. Try turning to cross the pedestrian and cycle bridge on a bike; hitting a small stone or pebble can launch a cyclist over the handle bars. That’s not to mention the traffic congestion at peak hours.

Despite the questionable nature of the sculptural ignominy that’s been foisted on Massey residents by well meaning council employed art aficionados, some good has been done; the area around the Totem poles and the bridge did need to be tidied up, and the clean up and road repairs and maintenance has markedly improved the area and now provides an attractive gateway to the Massey Community.

The only thing missing is a sign saying Welcome to Massey, which could well have cost as little as $5000 and would arguably be better community value than nine hand hewn logs.

The following extract from the Massey Matters newsletter of August-September 2010 helps explain what the poles were originally intended to represent.

“…..stunning artwork will grace both sides of the Huruhuru Bridge next year as a gateway to the Massey community from Auckland, via the Lincoln Rd offramp. Twelve carved poles (pou) will express our community history from the earliest settlers through to today. Master carver Whare Thompson will lead a team of carvers which will include rangatahi from local Iwi to create what could become an artwork of national significance. The artwork is being carved in Massey and is part of the Cycleway Project along Central Park Drive and Triangle Road from Henderson Creek Bridge to Don Buck Road, being undertaken by Waitakere City Council.

The Cycleway project is anticipated to be completed by the end of December and includes the new cycleway bridge beside the northern side of the current Huruhuru Road Bridge.

“I want to talk with local people who have lived in this community for a long time so I can get a sense of this place,” said Whare Thompson. “It is important that we honour not only the tangata whenua of this area but also those cultures and communities that have made Massey home,” he says.

“When I saw Whare’s concept of 12 poles incorporating an idea of a Maori palisade with the tallest poles five metres high, I wanted to make sure the surrounding natural environment complimented this national treasure,” said Linda Shaw from Massey Matters. “So I am asking the community to work with local environmental restoration organisations to design and plant the area around the Huruhuru Bridge to become a living part of this awesome artwork.”

We invite you to be the judge in the saga of the Triangle Road Nine Pins by taking part in our poll or by leaving a comment.

Anyone got a bowling ball?

By entering your email address in the section provided, you can receive an email letting you know when the site is refreshed with new content.

The Association promises that it will not share your email address with a third party, so just sign up and keep in touch.

For over fifty years Massey Birdwood Settlers Association has operated its own hall at the top of the hill, on the corner of Don Buck and Red Hills roads. 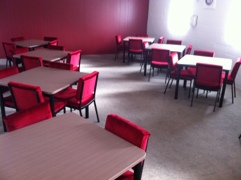 The association is currently undertaking a ‘freshening’; repainting the insides and refurbishing and recovering furniture and fittings, thanks to a grant from the Henderson Massey Local Board.

Recently the association installed heat pumps for both the main hall and the smaller Lions Den, an area constantly in demand by the community for smaller group meetings.

A number of Local Massey tradespeople have been used to undertake the refit of the hall, including T&K Upholstery on Royal Road, Massey Maintenance, Lewins Electrical,  Jefferies Plumbing and Western Lock Services. The heat pumps were installed by Air Conditioning Services ( one of the Directors is a local). The carpet is from Carpet and Matland in Henderson.

Association Secretary John Riddell, is looking forward to increased patronage of the Hall, as a result of the freshening. The hall  used to be the home of the  Massey Library, the CAB and Barnardos  as well the Massey Community Board meetings. These were some of the many of the activities that were held in the facility in past years.

Profits from rents along with grant money is poured back into the up keep and improvement of the Hall as well as providing information for the community and assets  such as a defibrillator which is available for use by the local doctor in case of an emergency. The hall is also used by Lincoln Primary School if ever needed should a Civil emergency mean the school can not be used.

” The Association has been around since 1925, the hall since 1954, and I would like to think that both will be here in 2054, serving Massey and its residents.”, says Mr Riddell, ” continuing the legacy of the Luckens family and the Spargo’s  and the many other pioneers of the area.”